Designing, running and analyzing survey data during one class period 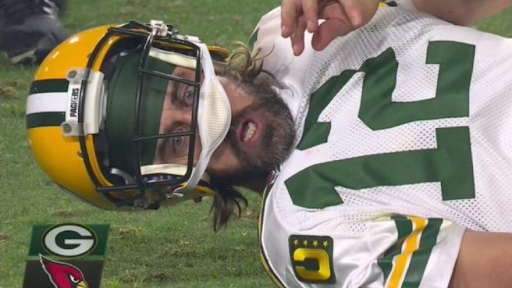 Today in my undergraduate Marketing Research class my students and I designed a survey to collect their opinions of State Farm's decision to pull Aaron Rodgers ads. We were able to design the survey in Qualtrics, get students' responses, and analyze the data during a 75-minute class period. This was made possible through the use of Statscloud which allows for lightning fast analysis on the fly.

The most difficult thing was getting them the data. If I had it to do over again, I would upload the Qualtrics data to Google Sheets, remove rows and columns I don't want, then send them a share link. That's sort of what we ended up doing but it took a while to get there.

It was also very difficult to create unbiased questions on the topic but it made for good discussion. I tried my best to be completely neutral during the discussion so that I wouldn't in any way bias the students' responses (they're pretty opinionated though so I doubt I could have swayed them if I wanted to).

Q: State Farm made the right decision to take the Aaron Rodgers ads offline.
Why? The more students agreed that people should get the covid vaccine, the more they supported State Farm in their decision.
Things that didn't seem to have an effect:
A really cool thing Statscloud does is give you the writeup when you run a regression:

A multiple regression analysis was conducted to examine whether the vaccine_opinion, rodgers_fan, influence, Political ideology, or customer variables significantly predicted right_decision. The results of the regression model indicated the predictors explained 61.55% of the variance, and a collective significant effect was found overall; R2 = 0.62, F(5, 16) = 5.12, p = .005. Examination of the individual predictors revealed the vaccine_opinion (β = 0.82, t = 4.42, p = .005) variable was a significant predictor in the model. 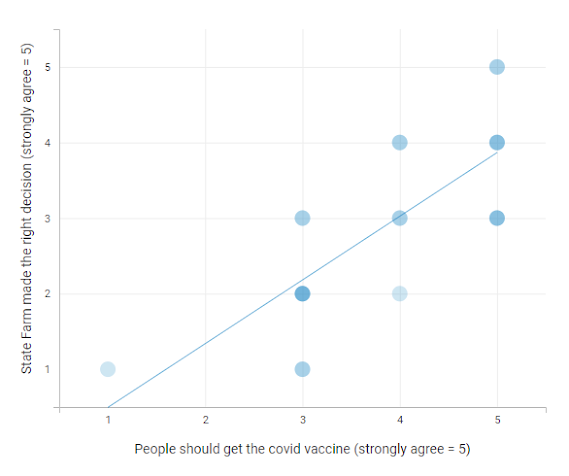 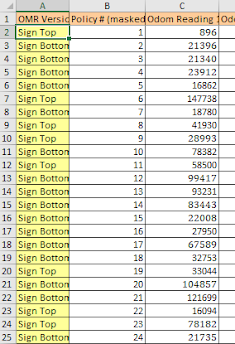 So cool that another fraudulent paper was discovered and outed. I noticed that there were conflicts between the author's statement (he seems to blame his industry partner?) and other facts of the case. I just wanted to highlight the conflicts here because these are things that we need explained better if we are going to trust this author going forward. The author is Dan Ariely by the way. This refers to Data Colada #98 . First of all, let's look at Dan Ariely's statement: The data were collected, entered, merged and anonymized by the company and then sent to me. This was the data file that was used for the analysis and then shared publicly. I was not involved in the data collection, data entry, or merging data with information from the insurance database for privacy reasons. [ link ] But what are the conflicts with Dan's statement? According to Excel meta data, Dan Ariely both created the Excel file and was the last person to modify it before sending it in its fraudulen
Read more

About that metaphor priming paper...

I recently reported this paper for impossible means [ link ]. A few notes about the process and paper: I was very pleased with how Patricia Bauer, the editor of Psych Science handled everything. She was super appreciative and kind. And Greg Francis did an excellent job on the analysis and writeup I thought. I have zero complaints about the process. They also handled everything very quickly.  I would like to give more context about this paper.  Quentin Andre hit the nail on the head by pointing out the effect size issues [ link ]. d=1.3 is not super likely with a metaphor priming study.  Some of the means are impossible. Either there were unexplained errors or the summary statistics were generated without any participant data. To be clear, I didn't expect to see any participant data and none was provided by the authors. This paper has two replications. The first replication effort (Firestone & Scholl 2014) was marginally successful but the authors claimed the effect was due to a
Read more 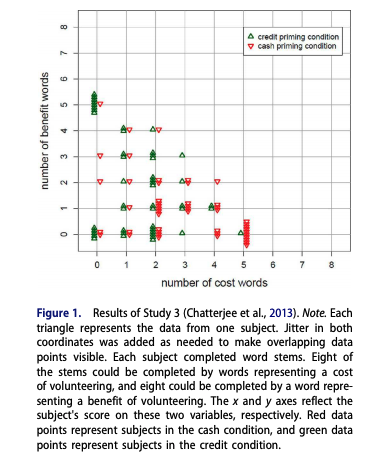